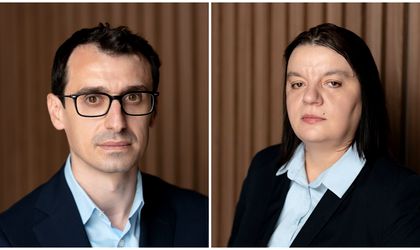 In 2021, we will most likely witness an acceleration of the completion of older investigations and the initiation of new ones. We also anticipate certain changes and developments in relation to the methods of investigation, with a focus on the electronic tools and methods. The Competition Council is on the verge of taking on more responsibilities, especially in the digital field. The authority has proven that it remains a top institution and has the potential to be revolutionary in competition matters. It remains to be seen whether the authority will continue its modernization and prevention activity or will focus more on the sanctioning activity. If the sanctioning trend increases and the fines are significant, there is a risk that certain decisions will destabilize the competition ecosystem and generate uncertainty in certain market segments.

After a very good year in terms of applied sanctions, two major trends are expected for 2021. Firstly, a few important investigations, postponed at the end of 2020, are expected to be completed in 2021 (the pattern of the competition authority’s activity on investigations may change slightly, from the completion of most cases by the end of the year to a timed completion, throughout the year). Secondly, we expect an increase in the number of new investigations compared to 2020. This expectation is also based on the fact that in 2020 there was little activity regarding the initiation of new investigations and, on the other hand, by completing several important investigations, the authority will release human resources to start new investigations. In addition, trends at the level of the European Commission will also be taken over at local level, as there is an interest in big data, digitalization and innovation.

The number of new investigations will increase significantly, probably more in the second part of the year, as a result of certain measures to relax the restrictions imposed by health regulations. We also expect an increase in the number of complaints and grievances, as well as of new ex officio investigations.

We will also most likely witness the completion of older investigations in the insurance, medical, industrial, media field or car service sector. As regards new investigations and analyses, we anticipate that the key areas of the economic activity that will be targeted will be, in particular, the pharmaceutical field, the area of public tenders concerning new development projects, the financial field, the construction materials sector and the technology and IT area. In addition, certain legal acts and economic measures will require analyses and points of view from the competition authority (we also anticipate a sustained activity in the support area regarding the measures to support the economic environment that will be applied at local or European level).

Sector inquiries have been and remain the most effective means by which the competition authority gains knowledge about a market. This mechanism, used quite often by the European Commission, has also been taken over at national level and there is an upward trend in the number of sector inquiries. In 2021, we expect that the trends of gaining knowledge about certain market segments, especially those related to the medical area, new technologies or innovations, will be maintained. We also expect the IT sector, as well as the financial services sector, to remain under scrutiny by the competition authority. In addition, for the sectors with an impact on the population (electricity, natural gas, fuels, pharmaceuticals and medical services, online trade, transport services) there will be an increased interest for analysis by the Competition Council (whether these are more extensive analyses or analyses that concern only certain elements of these sectors – such as the liberalization of the electricity market, for example). 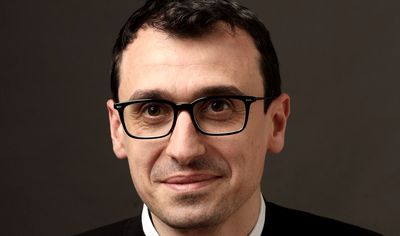 The year 2020 exceeded the expectations regarding the increase in the value of the sanctions imposed in a pandemic year (this being due to the completion of some important cases, as well as to the increase in the severity of the fines imposed). The amount of fines is expected to remain high in 2021 as well, in particular, given that there are some large-scale investigations nearing completion. However, the significant increase in the percentage of fines imposed on investigated companies, even in cases where the allegations are less obvious, seems a dangerous and irreversible process, which seriously affects the markets where sanctions will be imposed (for example, certain companies will be unable to pay or others will halt significant investments in order to be able to cope with sanctions). Moreover, the completion of cases involving foreign companies without physical presence in Romania will entail significant fines (by reference to their activity in Romania), which will generate an extensive process of contesting such fines in court. With regard to leniency and recognition procedures, we expect a reduction in their number, in particular given that recognitions should take place as close as possible to the time when the investigation was initiated in order to generate a maximum reduction, which will be difficult to achieve in practice.

It is expected that the number of operations analysed by the Competition Council will remain within the usual limits, with the mention that the year 2021 announces some important operations in the telecom or financial-banking field. In addition, economic concentrations are significantly influenced by the global economic context (from the perspective of acquisition opportunities) and the local economic context (especially in terms of the attractiveness of the Romanian economic environment) and some operations on the assets/activities affected by the covid-19 pandemic are also expected.

Although it is difficult to estimate the number of dawn raids, it will certainly increase compared to 2020, with inspections being expected to remain the main means by which the competition authority collects information. We also anticipate certain changes in the way dawn raids are conducted, by making full use of electronic tools and forensic means of control during investigation. This phenomenon will put pressure on economic operators who will have to adapt to these changes, including by reference to the programs for compliance with internally applicable competition rules.

It is worth mentioning that there are certain tendencies for annulment of decisions of the authority (for example, in relation to non-competition clauses or in the retail investigation), which is a normalization phenomenon that will bring real benefits to competition analyses and more predictability in this area – the competition authority being obliged to devote more time to ensuring compliance with the high standard of proof imposed in competition cases.

The upward trend in the number of case files is normal in 2021, especially in view of those situations in which the evidence used by the authority is not convincing. We expect certain key decisions from the Bucharest Court of Appeal regarding the manner in which the courts analyse the method of establishing the fines by reference to the principle of proportionality and an important analysis on the standard of proof in competition matters. Moreover, it is expected that in 2021 we will see a continuation of a correction mechanism by the courts to the extent that either the evidence or the application of competition rules does not meet European standards in this area.