The leader of the opposition party Union to Save Romania (USR), Dan Barna, says that a motion of no confidence against the government could be promoted in the current Parliament sessions, after the Legislative Programme for 2018 revealed that the Pillar II pension contribution may be suspended for six months so that employees’ full contributions may go directly to the state budget.

Barna says that there are discussions with the National Liberal Party (PNL) to support the motion against the government led by Viorica Dancila. The USR head claims that the second pension pillar, which is privately administered, could be dismantled or the funds could be nationalized by the center left coalition PSD-ALDE.

“The Pillar II is the only perspective for those that work honestly to have the chance of a pension,” said Barna.

The largest private sector associations asked in a government statement to leave Pillar II unchanged in order to “ensure retirement prosperity for the more than 7 million Romanians who contribute to these funds.” 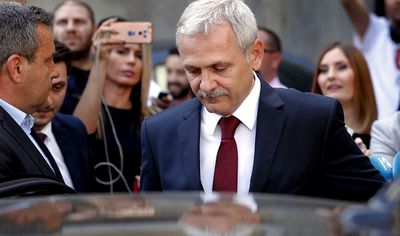 The leader of the left wing party PSD, Liviu Dragnea, claimed that any news regarding any plans to nationalize funds or dismantle Pillar II are fake.

Dancila government under pressure to resign; Power struggle at the top of PSD

Liviu Dragnea: First Home programme to be expanded, renamed to “One family –...