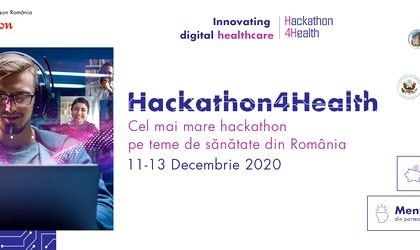 Hackathon4Health, the most important hackathon on health issues in Romania, took place this weekend at the initiative of Johnson & Johnson Romania together with University of Medicine and Pharmacy ”Carol Davila” Bucharest (UMFCD), through the Center for Innovation and eHealth (CIeH) and the Medical Students’ Society of Bucharest (SSMB). The event was supported by the Embassy of the United States of America in Romania and the American Chamber of Commerce in Romania (AmCham Romania), as strategic partners.

The three winning teams and projects, The Deliverables, MLB, SYNOVIUS, were made up of over 10 participants from all over the country.

“Hackathon4Health 2020 meant two days full of enthusiasm and positive energy among technology enthusiasts, academic, entrepreneurs, authorities, and health professionals. We followed the development directions of all the projects in the competition with genuine interest. The creativity of the proposed projects and their structuring could represent solutions for the actual improvement of the healthcare system in Romania, with real potential and value in patients’ lives.

At Johnson & Johnson, together with our partners, we are pleased to contribute to the development of such innovative projects and to support professionals involved from a scientific and academic point of view. Congratulations to all participants and winners!”, says Sévan Kaloustian, Managing Director at Janssen, the pharmaceutical company of Johnson & Johnson in Romania. 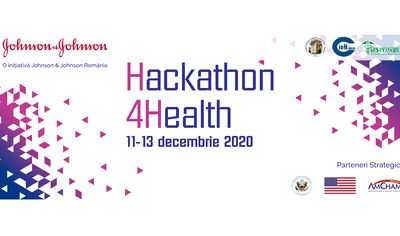 Read more about
Hackathon4Health 2020, the fourth edition of the hackathon on health issues, will take place between 11 and 13 December 2020
read more

The winning projects and teams were selected based on the following criteria:

“Due to the large number of participants, the 22 projects accepted in the competition out of 80 submissions, and the 49 experts from various fields who mentored the teams, I believe that this edition of the Hackathon4Health was a real success, demonstrating that our young people’s interest in innovation and digitalization is on an upward trend. Through their sustainable projects they will certainly generate real support in increasing the area of ​​medical scientific research, in the technologization of healthcare systems and even more so in modernizing and streamlining healthcare platforms for patients.

I would like to thank in particular to Johnson & Johnson, the initiator and developer of this beautiful competition, as well as the representatives of the Center for Innovation and eHealth (CIeH) within UMF Carol Davila and of the Medical Students’ Society of Bucharest who have managed to raise this competition to a high academic level, through a harmonious cohesion of ideas and principles focused on the three coordinates of our University -initiation, evolution, excellence“, says Prof. Dr. Viorel Jinga, Rector of University of Medicine and Pharmacy Carol Davila Bucharest.

Each of the winning teams will receive $5,000 pre-seed funding from Johnson & Johnson Romania along with counseling and mentoring from the company and the Center for Innovation and e-Health at the University of Medicine and Pharmacy Carol Davila Bucharest (UMFCD), for testing, developing, and launching applications and platforms created within the competition.

Johnson & Johnson Romania and University of Medicine and Pharmacy Carol Davila in...