An EU success story? 1 in 6 Romanians escaped extreme poverty during the last decade 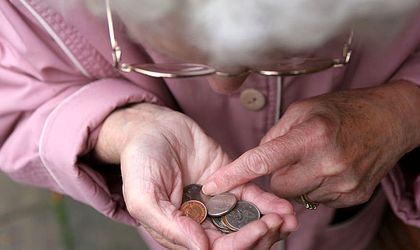 The number of Romanians living in extreme poverty halved during the last decade, as massive migration to wealthier European countries, rising employment and wages offered more opportunities to the less fortunate people.

In 2018, 16.8 percent of Romanians were still considered “severely materially deprived”, a measure of extreme poverty in the EU countries, but the percentage halved compared with 2008 (30.5 percent).

This is still the second highest rate among the 28 EU member states, after Bulgaria (20.9 percent), and close to Greece (16.7 percent).

In numbers, around 8 million Romanians were considered “severely materially deprived” in 2008, and this means that more than 4 million people in Romania have escaped extreme poverty following the EU accession.

In the EU, only 6.2 percent of total population was considered severely materially deprived last year.

But many Romanians who escaped severe poverty are still at risk of poverty or social exclusion in case of economic downturn, EU official data show.

In 2017, more than 1 out of 3 Romanians (35.7 percent) were considered “at risk of poverty or social exclusion”. This means that 7.04 million people in the country are at risk of poverty or severely materially deprived or living in households with very low work intensity, according to Eurostat definition.

In the EU, only Bulgaria has a larger percentage of population at risk of poverty or social exclusion (38.9 percent in 2017).