AmCham analysis: What Romania should do to stop inflation and the fall of its currency 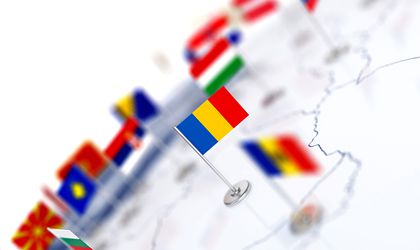 In order to stop the growing macroeconomic imbalances Romania needs to stop the lax fiscal policy, generous spending with social assistance and salary increases uncorrelated with productivity. All of these elements contribute to supply internal and imbalances according to the American Chamber of Commerce (AmCham) specialists that made an analysis over the economy.

The specialists reunited within the Macroeconomics working group within AmCham Romania made a series of analyzes of some worrying developments in the national economy, with in order to contribute to better information and understanding of their causes and implications.

The analysis in focus on takes on the evolution of the exchange rate, a subject intensely debated in the last period, which has prompted emotional interventions in the public environment.

“Our intent is to point out the main causes of these developments and to provide an approach that will help us shelters hasty reactions and emotional manifestations,” shows the report.

Unrelated wage increases with productivity do not automatically bring welfare.

Although the wage level in Romania is one of the lowest in the EU, salary increases should be rigorously follow the dynamics of labor productivity, which requires a gradual approach. Otherwise, an accelerated approach in this area may generate inflation and external deficits that are corrected by the rule by devaluing the national currency. These phenomena actually erode purchasing power and the living standards of Romanians amid a relaxed management of economic policies.

To be viable, wage growth should meet a number of conditions:

Tax incentives and wage increases have brought more money into the economy, which has contributed to rising prices due to the increase in domestic demand that was not accompanied by proportional growth of the domestic offer. Added to this is a global increase in fuel prices and an increase of the level of excise duties internally.

Thus, according to the National Bank of Romania (NBR), inflation in the first half of 2018 reached 5 percent rising from 3.3 percent in the fourth quarter of 2017. In the second quarter of 2018, inflation peaked of 5.4 percent and in December it fell to 3.3 percent.

In Romania, when consumption was stimulated, imports grew faster than exports. However, the trade deficit worsens, the 2018 data show that imports increased by 10.7 percent, and exports by 9.6 percent compared to 2017, while Romania’s current account deficit increased with 57 percent last year, reaching EUR 9.4 billion. It is an increase of more than EUR 5.9 billion over January – December 2017.

Between 2008 and 2014, the current account deficit of the balance of payments declined as a result of structural reforms in the period concerned, from 11.5 percent of GDP to 0.7 percent of GDP. Romania was about to become a net exporter, like Bulgaria, the Czech Republic, Slovakia, Hungary, which have assumed the role of a “workshop production” for Western Europe. 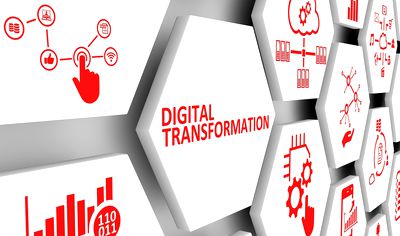 Tax breaks started in 2015 and continued in the coming years have increased disproportionately domestic demand, removing Romania from the virtuous model of growth by investing and exporting and moving it towards the economic (but winning electoral) model of consumer growth. So, the trade deficit reached 7.4 percent of GDP and driven a growing current account deficit to 4.7 percent of GDP, at the level of 2009, the second largest in the European Union.

Economic theory cites the impossible trinity (trilema policy) – a country has to choose between (1) freedom (we can make payments anywhere in the world and receive money from anywhere in the world), (2) exchange rate management (let the course vary based on supply and demand or exchange rate fixed) and (3) the autonomy of monetary policy (you use your monetary policy instruments to address problems specific to your country or automatically execute what the Central Bank does in another country).

Only two of the three policies are possible concurrently. I mean, if a country wants to have a course relatively fixed exchange rate, but an independent interest rate policy rate cannot afford free capital movement. However, the free movement of capital is a sine qua non of membership European Union.

It is exactly the situation of Romania. The various measures and the macroeconomic cycle have created inflationary pressures which the National Bank has tried (and to a large extent) managed to temper them. That was it possibly because we have a monetary policy independent of other states.

So the exchange rate has to fluctuate to correct any imbalances. For all the above reasons (structural factors) to which the conjuncture factors are added, it is also of course, that the pressure on the exchange rate is high, and what has probably happened is that the Romanian Leu seek a new level of balance.

What to do to limit pressures on the course exchange and inflation?

First, we need to understand the real mechanisms that contributed to these two developments indicators. The main factors include lax fiscal policy, generous spending with social and social assistance salary increases uncorrelated with productivity. All of these elements contribute to supply internal and imbalances.

The current approach, on the one hand, generates macroeconomic imbalances that affect the power of purchase and living standards of the Romanians (by inflation and the devaluation of the national currency), and on the other part, erodes Romania’s credibility. All this contributes to a high cost of credit and feeds the inflationary spiral.

Limiting exchange rate and inflation pressures can be done by controlling a macroeconomic imbalances and by creating a sustainable basis for economic growth.