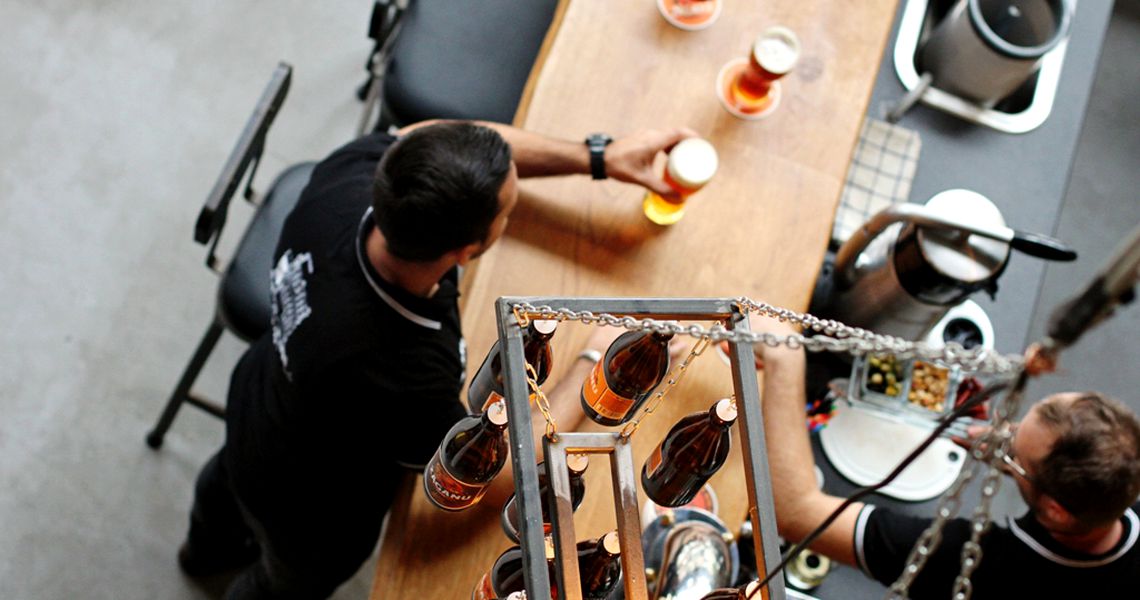 The craft beer scene in Romania is flourishing, and more and more specialised bars and stores are popping up all over Bucharest. The bars usually offer a selection of international craft beers as well as a growing number of local beers. Mikkeller is a famous brand of experimental craft beer from Copenhagen, and the Bucharest bar has 20 taps available with great beer from both Mikkeller and other international brands. They also serve some great food. The bar is located within the Beautyfood bistro in central Bucharest and it serves Ground Zero beer on tap, a Romanian craft brand that has become very popular recently, as well as a number of imported beers. Zaganu are pioneers of the Romanian craft beer industry and this is their bar, where besides their own brand you’ll also find other beers made in Romanian micro-breweries. As its name suggests, La 100 de Beri has over a hundred types of beers you can try out. If you’re unsure, you can ask the bartenders who will be happy to help you choose something you’d like. Located in the heart of the old city center, Craft si Draft has 10 beers on tap and many more bottled varieties, including Romanian craft beer brands, and they frequently add new beers.