Craft beers have a rich and diverse history all over the world, and you get to enjoy a piece of this history through the unique craft beers served by international or local breweries during the festival. Craft beer is part of a trend that focuses on the consumption of local products, using natural ingredients and traditional manufacturing methods. The 2018 edition comes with dozens of beers, from Ale, Lager or Stout to Porter and IPA – some well-known, others new and unexpected. The festival will also offer a variety of craft cider and delicious foods that will go perfectly with the beer. Live concerts by B.U.G. Mafia, Coma, FiRMA, The Mono Jacks, Jurjak, The Details and DayDay, while Alt Om and Not So Common DJ will be the DJs of this edition of Craft Beer Festival. 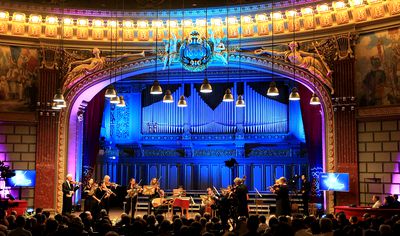 BikeFest will be at its eighth edition this year and it promises fun competitions, relaxing activities, music and lots of prizes. The highlight of the event will be the MTB & ROAD Urban Race through the Palace of the Parliament courtyard. All proceeds from the race will go towards Paralympic athletes. The festival, which aims to highlight the relationship between contemporary music with visual and multimedia arts, is at its fifth edition and will include chamber concerts, installations, silent films accompanied by contemporary live music, participatory art and performance, as well as creative workshops. This year’s theme is Fringe, and so the goal is to cross the limits of academic classic and contemporary music and open itself up to alternative culture. Leonardo da Vinci is one of the best known figures in the world, a visionary genius who achieved several impressive records, including the first bike, the first tank or the oldest humanoid robot model. 45 machines invented or projected by Leonardo da Vinci can be seen for free at the exhibition in AFI Cotroceni mall. 15 of the machines are interactive, which will make the experience even better.

State of the art: Art Safari back on the prowl