Behind the camera lens of TIFF 2017 with photographer Raluca Ciornea 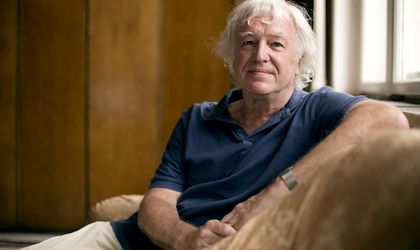 Transylvania International Film Festival (TIFF) was full of surprises this year, offering a great selection of movies and special events. I’m pretty sure that most of the highlights of this edition already appeared in your newsfeed, whether Facebook, Instagram or mass media. While enjoying the most important film festival of the country, I was wondering how TIFF is seen exclusively through the camera’s lens – and most important, how is like to be on duty for this rollercoaster of amazing events. So the communication department of TIFF allowed me to interview those who photograph experiences, moments and historical moments. So let’s go behind the scene with Raluca Ciornea, who has been picturing the festival for the TIFF’s blog and Instagram page.

TIFF means so much to the community of Cluj, to the ones involved and to all the guests that come from all over the world. It’s more than just a festival so being an official photographer comes in a package with a lot of happiness and also a lot of responsibility.

The projection at Dancu, the village where part of the movie “The History of Love” was filmed, was among the best experiences at TIFF. The movie was screened in the center of te village and you could see the old people’s amazed expressions everywhere. It was an incredible experience to see their emotions show at every step and admire the effort of the team that made this happen. 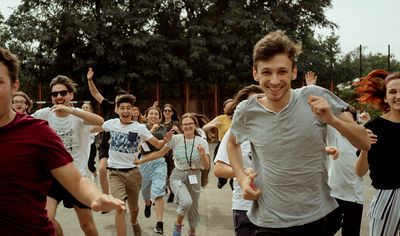 Actually, there were more than one but taking into account the complexity of the festival and the numerous events that happen at the same time in so many different places around the city (and the surroundings), it’s something normal and you just have to accept the idea and admire what you missed in the photos.

It’s hard to decide but I would choose the portrait of the British writer and lecturer on film, Geoff Andrew. What I love the most about this particular photograph is the lighting, the emotion in it and the experience of that moment.

I remember I was on the program to shoot the concert of the Bulgarian group called “Black Sea Sirens”. It was the first time to see them live and I was amazed by the connection they made with the public and how you could read the joy on everyone’s face. It was a collective joy and their art really touched every single person at Casa TIFF.